In 2016, the Peoria-based credit union CEFCU had the opportunity to move far beyond its Central Illinois roots, expanding into the San Jose region. The move was always going to be a difficult one; CEFCU had spent nearly 80 years serving the same general geographic area and member base.

And with this push, CEFCU wanted to increase preference, awareness and consideration for both the overall brand and its products, including checking, credit card and vehicle and home loans. To do this, we would have to deliver a fully integrated communications plan with executions for television, radio, print, digital, out of home and even sponsorships and promotions. The messaging platforms and creative executions would have to be distinctive, differentiating and motivating.

This presented CEFCU with a difficult task: maintain a hard-earned brand identity and commitment to its home region while appealing to new demographics in a new market. This was a complex marketing challenge, requiring consistent messaging across disparate areas—and, occasionally, messaging in both English and Spanish.

We began by performing a review of CEFCU’s current and past marketing materials, getting a sense of how the organization spoke to both members and prospects. There were two main messaging points that we would have to emphasize: how CEFCU, as a credit union, is better than a bank, and how the warmth of the organization shines through in every interaction.

But an expansion isn’t just about making sure a brand looks and feels the same across different locations; it must also be lived from within at those different locations. To that end, we examined a CEFCU employee survey from 2016 and spoke to employees from throughout the organization. This led us to devise a manifesto video, which would be played for all employees at all locations, ensuring that brand values were consistently lived in both Central Illinois and Northern California. 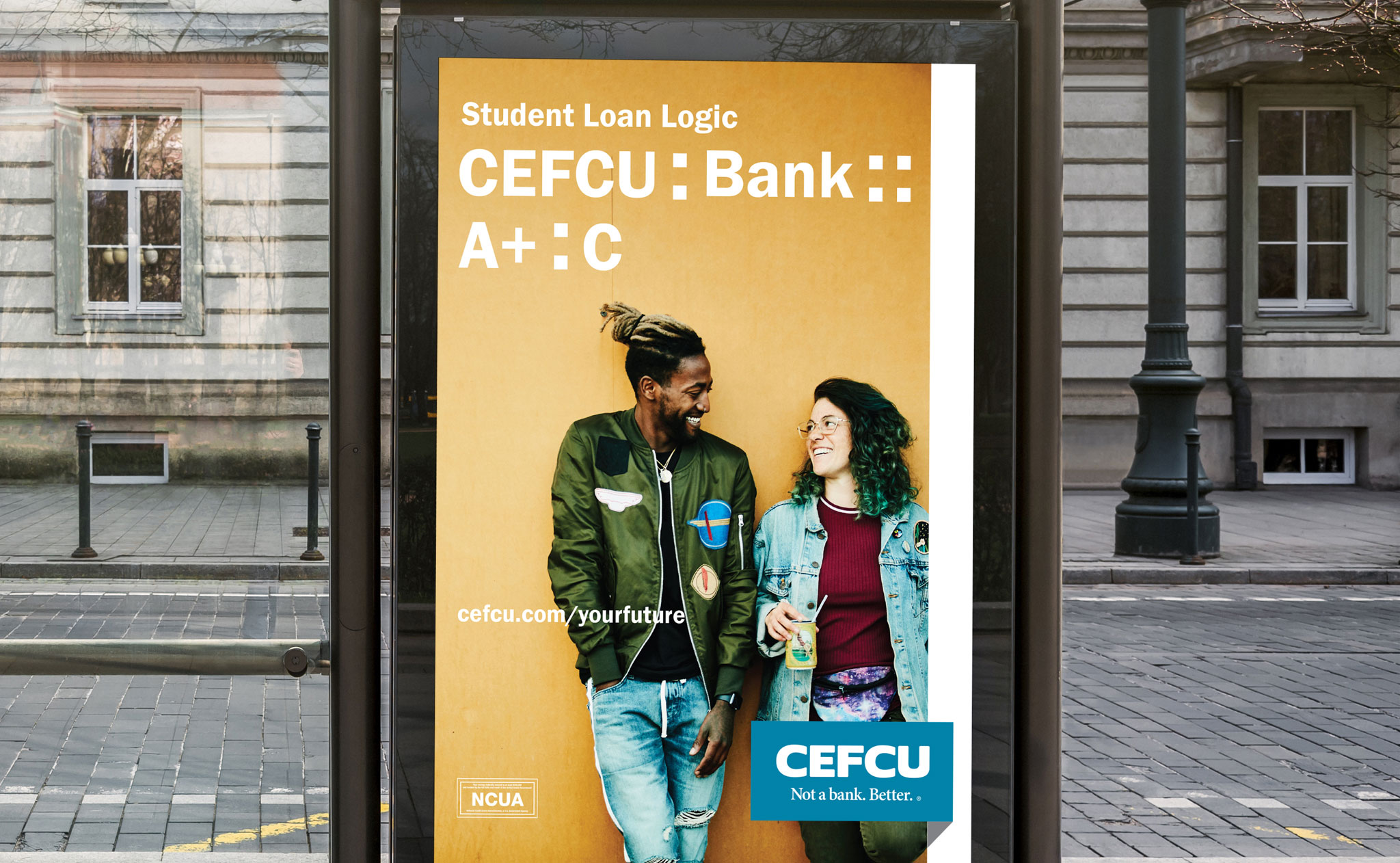 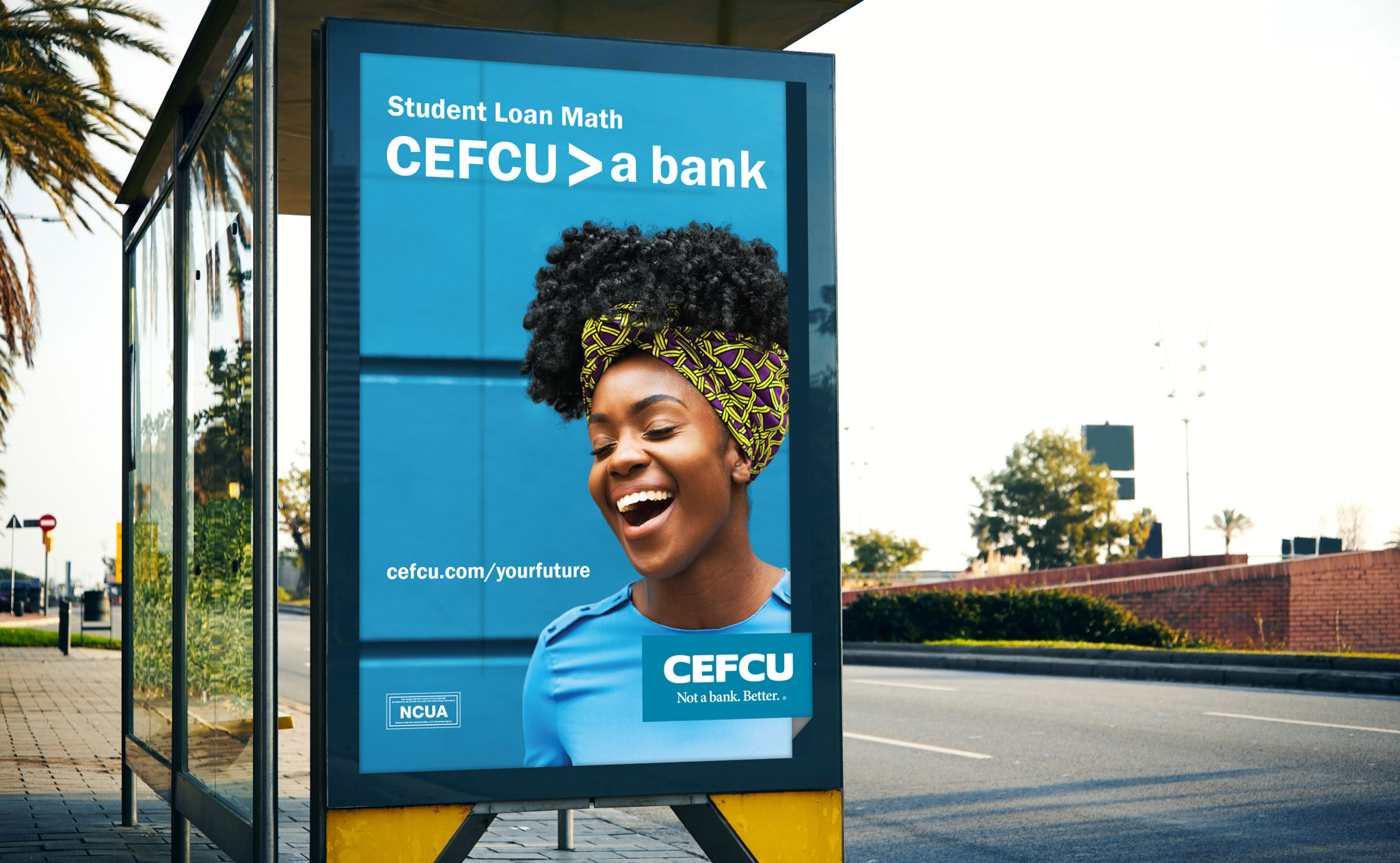 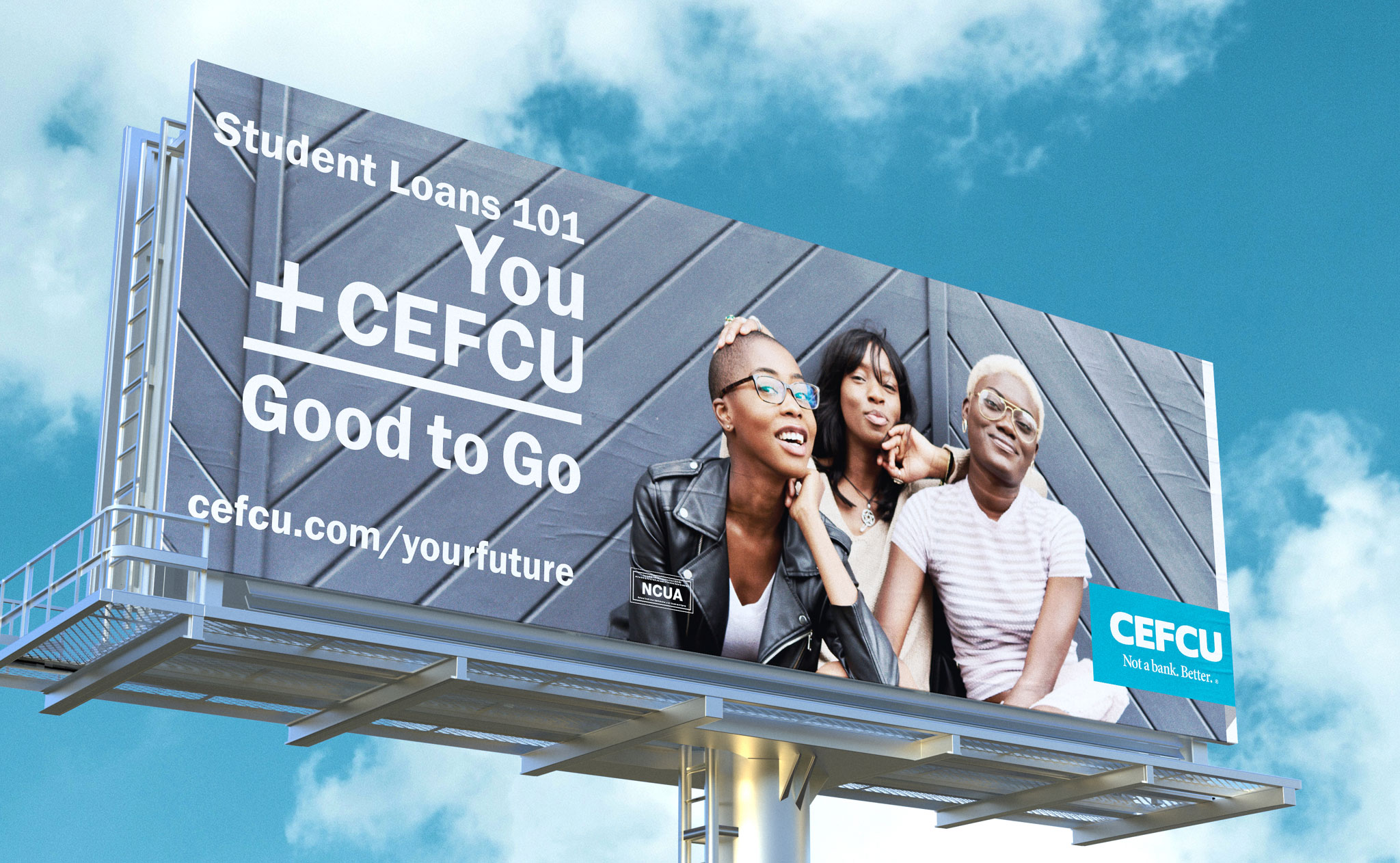 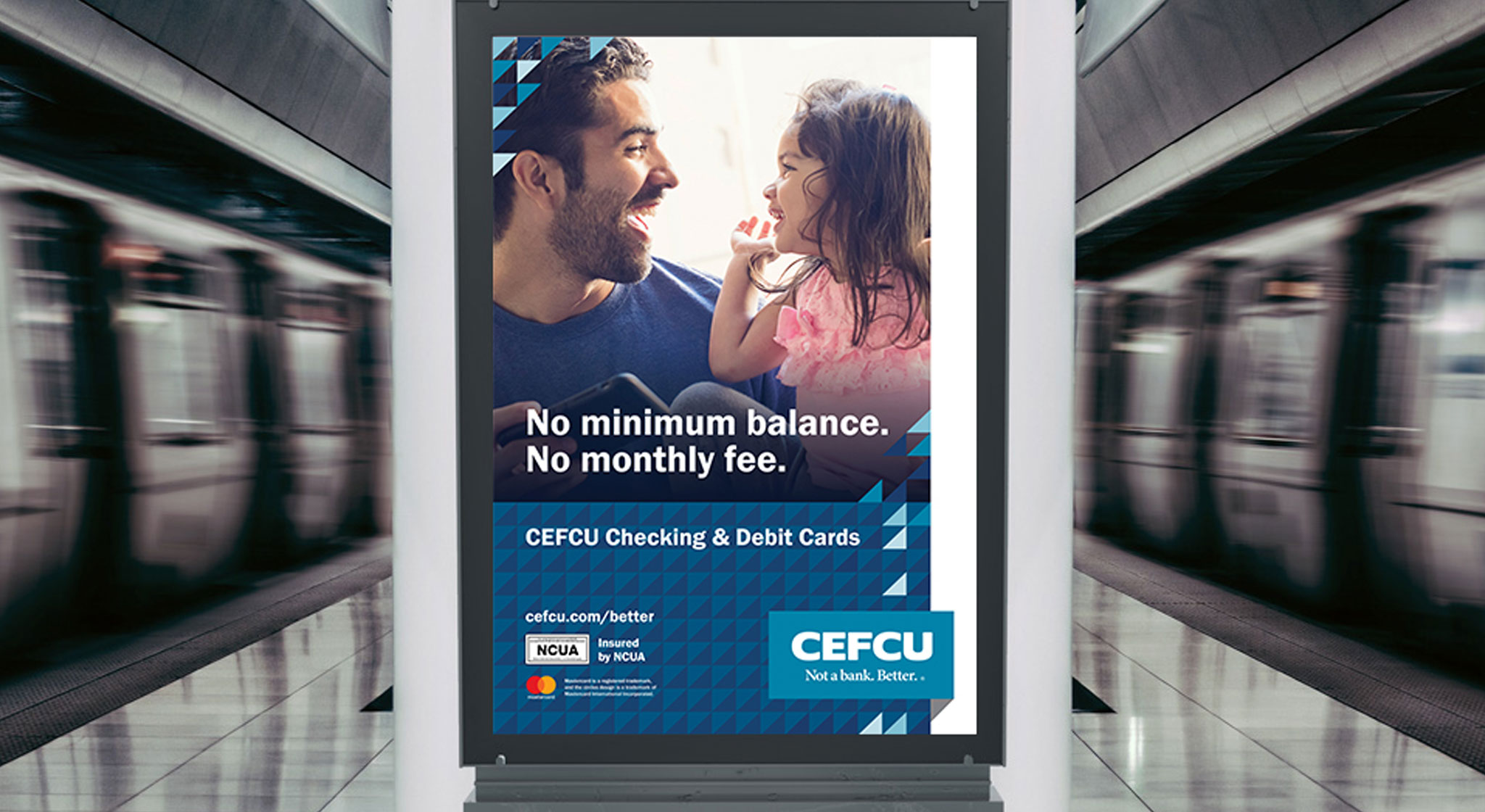 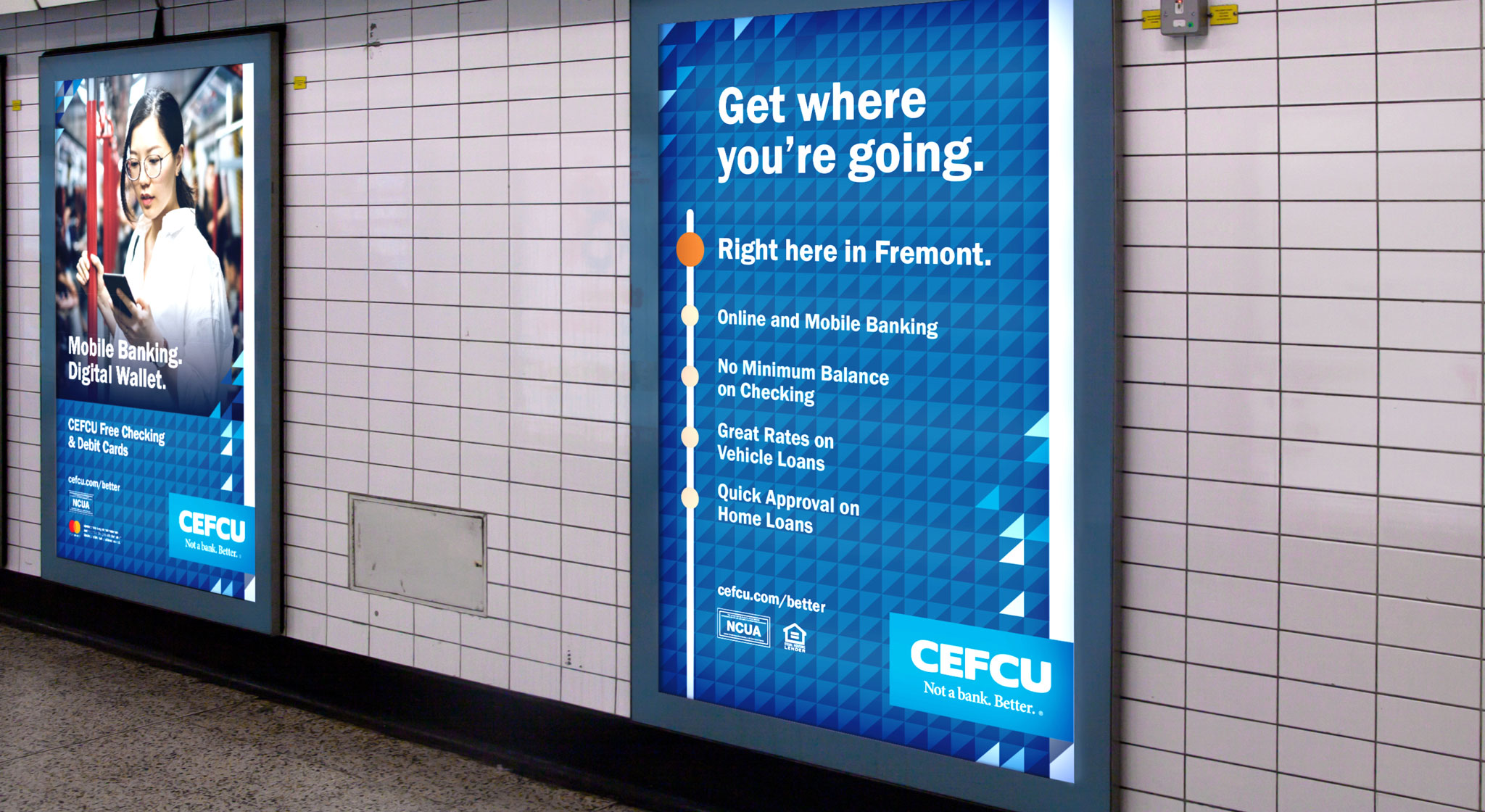 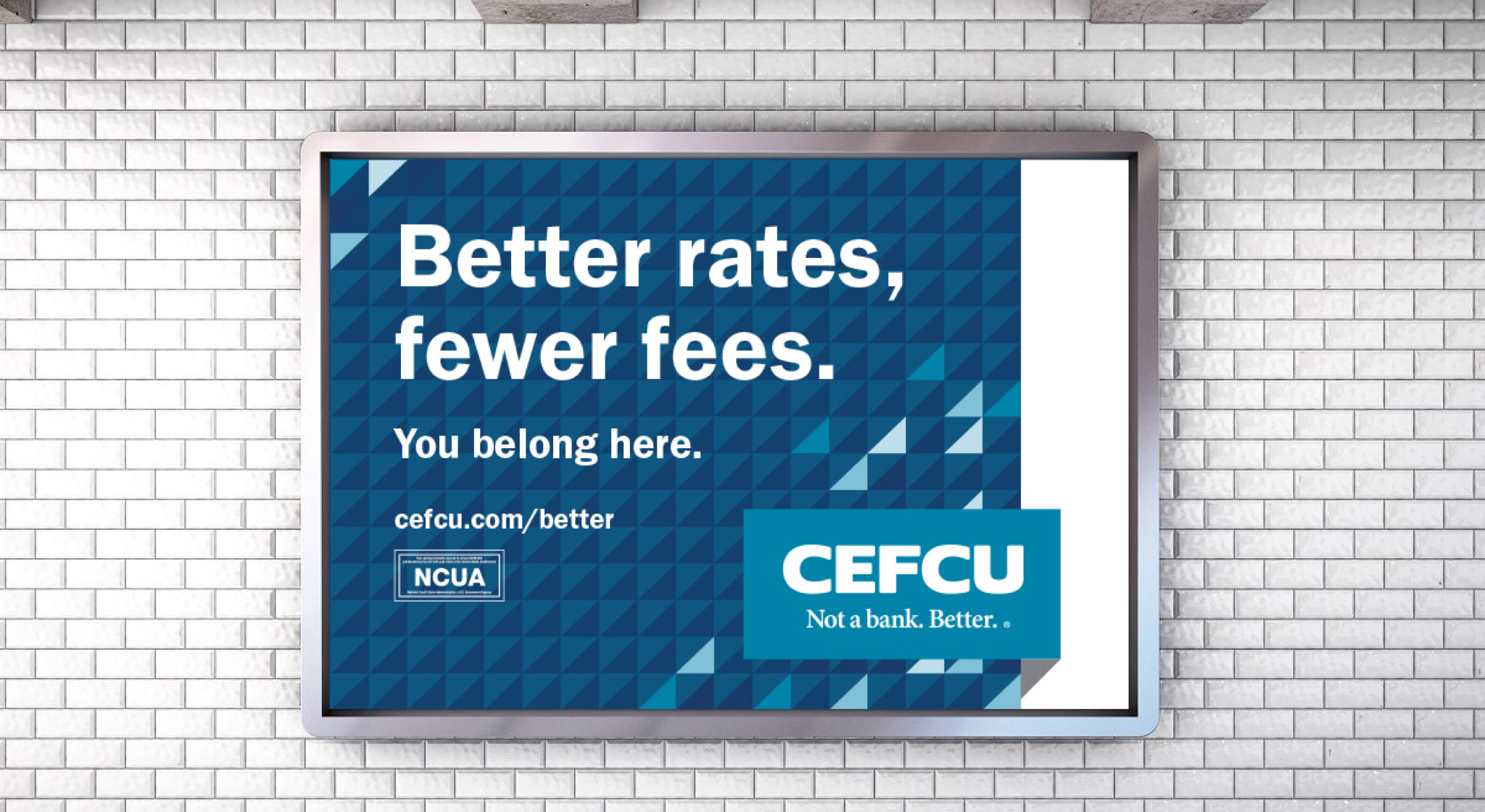 Over the course of a year, we produced four television spots, a suite of new digital work, billboards, transit ads, tradeshow materials and more, all embodying the feel of the CEFCU brand. Many of these materials were likewise produced in Spanish along with English. We managed to overhaul the CEFCU communications program while leaving the brand itself completely untouched. 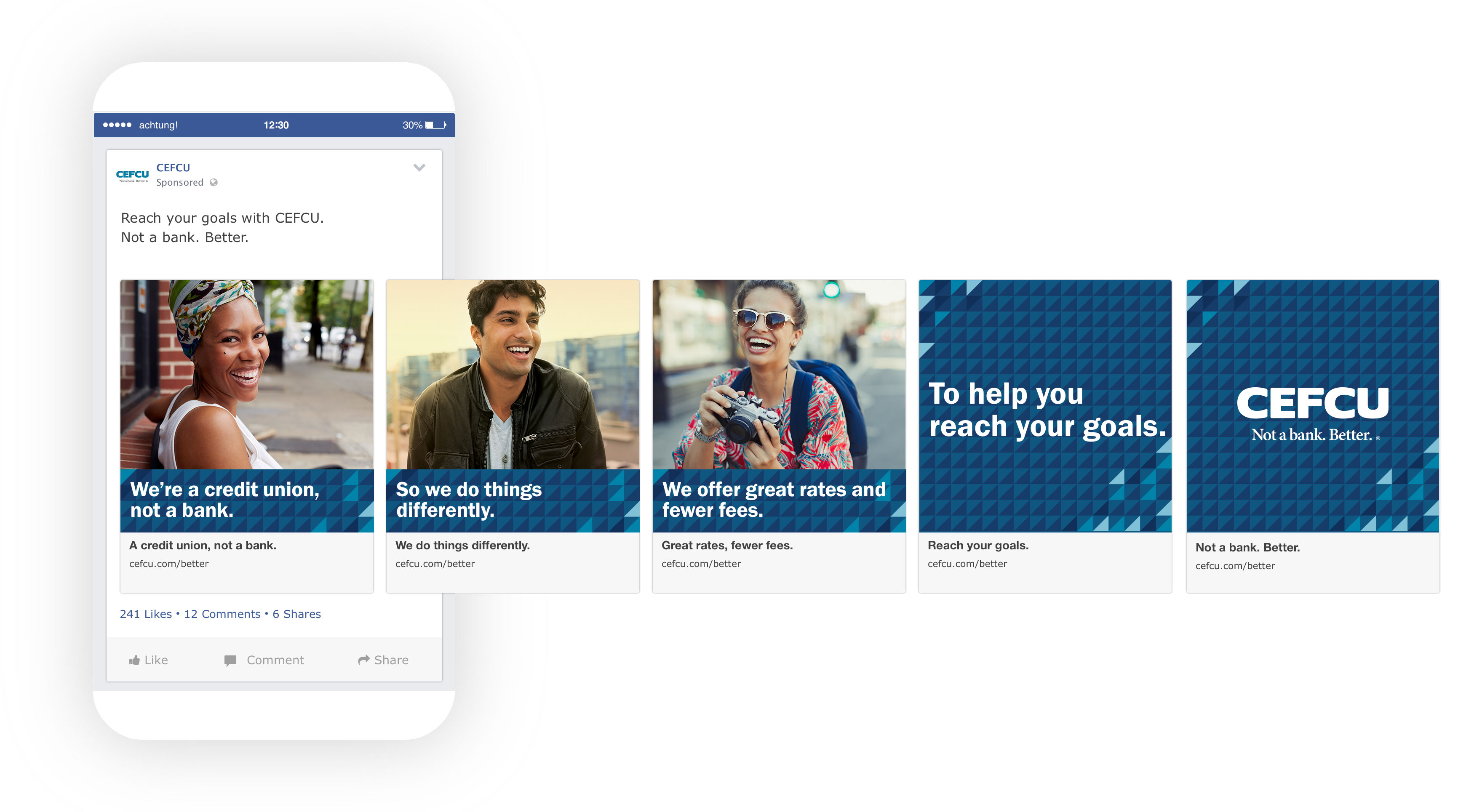 Breakthrough creative executions, in conjunction with integrated media and marketing plans, led to an immediate increase in awareness levels and membership numbers for CEFCU. While we cannot disclose exact numbers, we are proud to report that product campaigns continue to exceed conversion expectations. New and acquired branch locations are realizing steady annual growth across all product lines. CEFCU is also expanding steadily throughout California. And best of all, our collaborative and responsive planning model has given CEFCU a clear pathway for moving forward each year, building on their successes and making powerful connections with new audiences.

See how we've helped other clients build their brands.

How can our process help your brand?Tell us today.